Choosing the right battery for your needs could often get confusing, as it’s easy to get lost in the sea of information on the internet. There is a list of conditions that need to be met, such as voltage, capacity requirements, etc,  and a comparative study of the different options available could prove to help narrow down the choice to a certain extent. One of the major dilemmas people face is choosing between a Lead-acid and a Lithium battery. while both the batteries have their pros and cons, Lithium takes a slight edge over Lead-acid due to a variety of factors that we will now explain. Read on to know more.

Before we delve into the Pros and cons, let’s read about the difference between the two batteries.

For starters, both the batteries have a similar structure, which consists of Two electrodes, An electrolyte, and a membrane separator. However, the materials used for each component are different. While the Lead-acid battery uses Lead and Lead Oxide in the Cathode and Anode, and Sulphuric acid as the electrolyte, Lithium-ion uses Carbon in the anode, Lithium oxide as the cathode, and Lithium Salt as the electrolyte. However, the major difference between the two is in terms of cost and performance. Let us discuss the cost factor before we delve deeper into performance.

Lithium, one of the lightest metals on earth, contains more atoms than Lead. You can, therefore, store more energy in 1 KG of Lithium than 1KG of Lead. Another factor to be considered while measuring performance is the energy density and specific power, both of which are higher in Lithium-ion batteries than their Lead-acid counterparts. In simple terms, a lithium battery is lighter, more compact, and more powerful than a Lead-acid battery.

Other factors to consider in terms of performance are efficiency and depth of discharge. The efficiency of a battery is the output energy a battery can provide relative to the amount of energy that is put into it. The output is always going to be lesser than the input, however, getting maximum output from the battery is the goal. Lithium-ion batteries are more efficient than lead-acid batteries. The depth of discharge is a critical point to be considered, as it greatly affects the durability and life span of the battery. This is another area where the Lithium-ion takes the edge over the Lead-acid battery, which increases the overall efficiency of the battery. Read on to know more about these factors in detail and their implications.

Why choose Lithium-ion over Lead-acid

The charging time of a Lead-acid battery can range from 6 to 15 hours. The charging efficiency can reach only up to 75%, as a considerable about of energy while recharging is used up in internal chemical processes like gasification and mixing the acid inside the battery. This process leads to the evaporation of water inside the battery, which needs to be refilled at regular intervals, especially during the summer months. Rapid charging is not available in a Lead-acid battery due to technical limitations. Lithium-ion batteries, on the other hand, can be charged much more quickly and can reach their full capacity in just about 3 to 5 hours, depending on the size of the battery and capacity of the charger. Another important advantage of a Lithium-ion battery is, that there is no need to keep Lithium on a float charge for storage.

One important point to note is, that it is crucial to choose the right charger for your battery, as the wrong choice can completely ruin your battery. Using a Lithium battery charger to charge a Lead-acid battery or vice versa could be a wrong choice as there could be major energy and voltage differences.

A lithium-ion battery, on average, can be 55% lighter in weight than a Lead-acid battery. This is because Lithium is one of the lightest metals on earth, with more number of atoms than lead per KG. This automatically makes Lithium-ion the preferred choice for mobile devices like electric vehicles. The weight factor also contributes to the ease of installation and transportation of the Lithium-ion battery.

Apart from the lightweight of the Lithium-ion battery another factor that contributes to the ease of installation of the Lithium-ion battery, as compared to the Lead-acid battery is the leak-proof design of the battery. In a Lead-acid battery, caution needs to be taken not to install the battery in an inverted position, as the gasses can leak from the vents. In a Lithium battery, the cells are individually sealed to prevent any leakage. Hence, it can be installed upside down or on its side with no impact on performance, durability, or safety.

A lithium-ion battery has a longer lifespan with reduced installation and transportation costs, which brings down the cost per usable kWh per cycle much lower than the Lead-acid battery. Also, it is important to replace the water in a Lead-acid battery at regular intervals, or else the battery can dry out. This increases maintenance costs if the system is in a remote location. The cost of distilled water to refill the battery can also add to maintenance costs, as tap water contains minerals that can damage the battery electrodes. Lithium-ion batteries, on the other hand, are almost maintenance-free. They come equipped with a BMS(Battery management system) to make sure all the cells are equally charged, with no additional cost of maintenance.

In a Lead-acid battery, the power delivery during the start of the discharge cycle is very strong, but towards the end of the cycle, it diminishes by about 50%. This is due to the highly exergonic chemical reaction in the Lead-acid battery during discharge. A Lithium battery, on the other hand, generates the same amount of power from start to finish in a discharge cycle. It, therefore, delivers constant power without any loss in intensity.

Sulphuric acid used in Lead-acid batteries is highly corrosive, which can cause serious damage if it comes in contact with the eyes or skin. It is very important to wear protective gear while handling the Lead-acid battery. Also, overcharging a lead-acid battery can produce hydrogen sulfide, which is flammable and very poisonous. Hence, it is important to keep the area where the battery is stored, adequately ventilated. Lithium batteries, though considered generally safe, could prove to be a hazard if manufacturer’s guidelines are not followed while installation and charging. It is therefore important to follow all guidelines and safety procedures to avoid any accidents.

Coming to the most important aspect that should be considered while choosing between a Lithium-ion and Lead-acid battery, it should be noted that several factors need to be considered before describing a product as environmentally- friendly. One of the major causes for concern in both the battery types is recycling. While Lead-acid batteries are considered to be 99% recyclable, they contain more toxic substances such as Lead and sulphuric acid. Exposure to lead can cause lead poisoning and Sulphuric acid, if seeped into groundwater, can contaminate groundwater for an entire region. Today, around 85% of the total lead consumption in the world can be attributed to the production of Lead-acid batteries. A WHO report observed that Lead recycling is a major source of environmental contamination in many developing nations. On the other hand, Lithium batteries face criticism for having a recycling rate of below 5%. However, this number is highly debatable. Owing to their long life span, very few Lithium batteries in the market today have reached the end of their life cycle where they need to be recycled. Also, Lithium being a less toxic substance than lead faces less pressure from the government and regulatory bodies to undergo recycling. However, once a larger number of Lithium batteries reach the end of their life cycle, the need for recycling is predicted to grow exponentially. 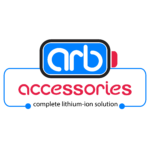 ARB takes pride in being an internationally certified Lithium-ion battery manufacturer in India.